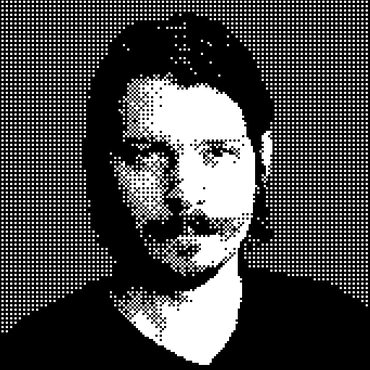 Lucas Pope is best known for experimental indie games, notably Papers, Please and Return of the Obra Dinn, both of which won the Seumas McNally Grand Prize at the Independent Games Festival, alongside other awards. His other projects include Helsing's Fire and Mightier under the Ratloop brand, and The Republia Times, Six Degrees of Sabotage, The Sea Has No Claim and Unsolicited in different editions of the Ludum Dare game jam.

During his time at Naughty Dog, he was mentioned as one of the people who made important contributions to the in-house tools development when they were making Uncharted 1 and 2.

Return of the Obra Dinn - A Behind the Scenes Chat

Return of the Obra Dinn released in Oct, 2018 and was immediately becoming one of the most critically-acclaimed video games of that year. Featuring a unique 1-bit visual style, 60 murder / disappearing mysteries on one very ill-fated ship, a time-rewinding pocketwatch, and a meticulous (or sloppy) insurance inspector.

Return of the Obra Dinn was extremely multilingual in its setup, but more than that, maybe to the surprise of the Taiwanese & Hoklo-speaking players, was that the game had important plot characters speaking and voice-acted in Taiwanese-Hoklo.

There are interesting behind-the-scenes stories to be told between two indie game developers, Lucas Pope, and Lee-Kuo Chen, who made another highly-praised puzzle game, Carto. And we will be sharing those stories in this session.

Intended Audiences are the fans of Return of the Obra Dinn, people who are interested in localization, and aspiring indie developers. Hopefully this session can provide you with some inspirations & lessons-learned on design, localization, project management and interesting collaborations.