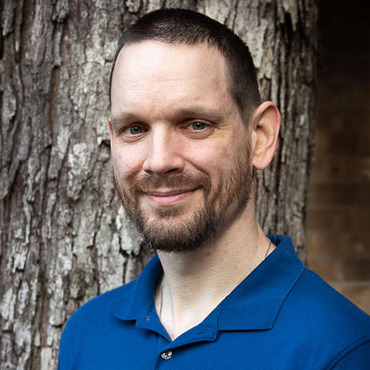 Lars Doucet is the co-founder of Level Up Labs, LLC, an independent game development and consultancy firm. His own projects include the successful Tower Defense/RPG hybrid Defender's Quest, as well as contributions to other studios' titles such as Friday Night Funkin, Dicey Dungeons, Brawlhalla, and many others.

He has collaborated with Valve Software on the Steam Labs initiative to ship discovery improvements to the Steam storefront, including an overhaul of the user tag system. He maintains the popular game industry data analysis website GameDataCrunch.com, which aggregates and organizes public game performance statistics.

He is an avid open source contributor, particularly to the HaxeFlixel game engine. He blogs at his own site, fortressofdoors.com and GameDeveloper.com (formerly Gamasutra) about both the game design and business sides of the games industry.

Lately he has specialized in detailed critical deconstructions of Blockchain Games in collaboration with Naavik, a consultancy firm.

Sessions by Lars A. Doucet

Cutting through the hype of Blockchain Gaming

Blockchain games are experiencing massive hype and investment. But is there any substance there? Axie infinity, The Sandbox, Decentraland, Splinterlands, and more all present themselves as a fundamentally new approach to game design. Unfortunately, they are troubled at every level -- economic, technological, and social, as I will demonstrate by drawing on quantitative evidence as well as the 30-year history of precedent from other online games. If there is a future for Blockchain gaming, it will need to fundamentally rethink its approach.

I assume the audience has a basic understanding of the following concepts:

The audience will learn about the fundamental instability of "play-to-earn" schemes, the fundamental difficulty of balancing economies and also making a fun game at the same time, the ways virtual housing crises mirror the real world housing crisis, and how to move past fundamentally broken paradigms in order to build truly decentralized games.