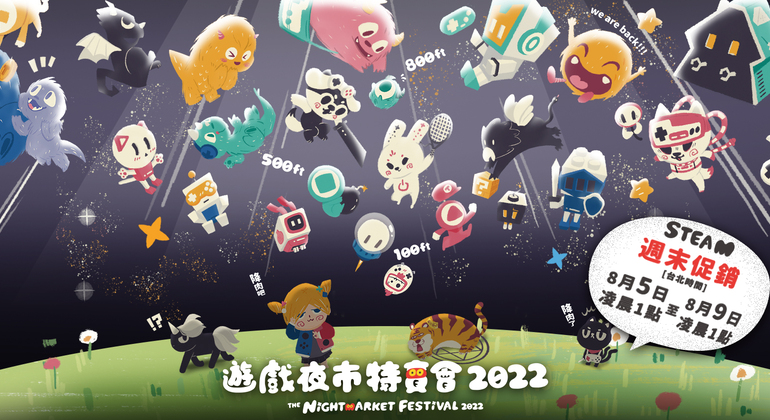 The Nightmarket Festival 2022 Calling for Entries

Taipei Game Developers Forum (TGDF) debuts The Nightmarket Festival 2022, a brand-new regional Steam Weekend Deals sale event and game showcase. The Steam event starts at August 4th 10am through the weekend, and is currently calling for entries until June 13th.

The Nightmarket Festival 2022 aims at promoting video games made within the Southeast Asia region, in the hope that we can lower the cultural barrier, and help raise the awareness of the gaming scene in this area. We will be seeking out interesting and awesome games with a local touch, just as the night market culture commonly seen here -- filled with creativity, unique characteristics, and great fun.

Due to the pandemic, many of the largest traditional gaming conventions, such as Tokyo Game Show and Gamescom, had either moved online or added a virtual component to their shows, and collaborated with Steam to have their own sale events, providing a more direct way to connect their exhibitors' games and the audience at large.

As one of the long-running gaming events in Southeast Asia, Taipei Game Developers Forum is trying to provide more exposure to the game developers in the region, promoting local games to the international stage. To further our goal, we organized The Nightmarket Festival 2022, a Steam Weekend Deals sale event & game showcase for the studios in the SEA region. The event runs from August 4th 10am to August 8th 10am PST. The due date of the application is June 13th.

During the period of the event, we will co-stream The Nightmarket Festival Live Show on our Twitch channel, our partnering streamers' channels, and on the Steam sale page, showcasing the entries from this event. We are also planning other promotional efforts, such as prehyping the event during 2022 TGDF's virtual conference on Twitch, coordinated press runs, and more, to maximize the discoverability of the event's lineup.

We will be showcasing a lot of notable games from the developers and publishers in the SEA region, such as OPUS: Echo of Starsong - Full Bloom Edition, Fate Seeker series, Rabi-Ribi, Detention, Dungeon Munchies, Carto, Word Game, RichMan 10, My Lovely Daughter, The Legend of Tianding, SIMULACRA series, Behind the Frame: The Finest Scenery;

In addition, the event also has a dedicated section for upcoming titles, including Thymesia, Asterigos: Curse of the Stars, Nine Sols, Homura Hime, Minds Beneath Us, Zoeti, My Lovely Wife, and more, with many Steam Demos that the players will have access to.

Most importantly, we are still looking for more games to join our lineup! 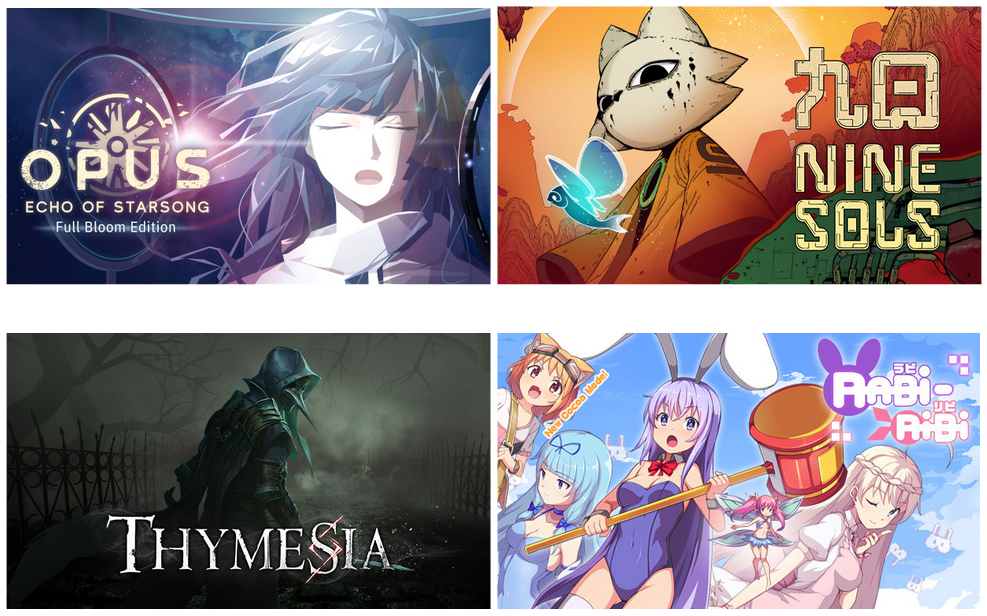 If you have Steam games that are either released or unreleased, we welcome you to fill out the application form before June 13th! The followings are the main criteria to be eligible:

For detailed descriptions of the event, please check out the application form: https://form.jotform.com/221271787982467